A linguist turned into software developer

Welcome to my home page! The purpose of this page is to be a CV for me.

I also have a LinkedIn profile.

Other education and certifications

Software developer at Innofactor Oyj. Work mostly as a fullstack developer in agile teams. Using mostly C# as the backend language, and TypeScript with Angular and VueJs as for frontend. Started in May 2018.

Between 2010 and 2011 I worked as a part time software developer at University Of Eastern Finland. It was a Java library project that dealt with natural language processing.

In 2011 I received a summer job in YAP Solutions. The employer was content with my work and they offered me a job as a junior software designer, which was changed to software designer a year later. I worked in various projects often using C# with Asp.Net Web Forms or Asp.Net Mvc. A major part of my work was implementing business logic in a desktop application for unemployment funds of Finland. I spent in the company until April of 2018.

Here are some big projects I have been working in. Some have also been personally interesting for me. 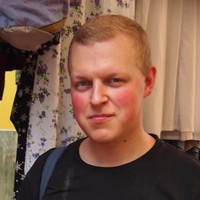